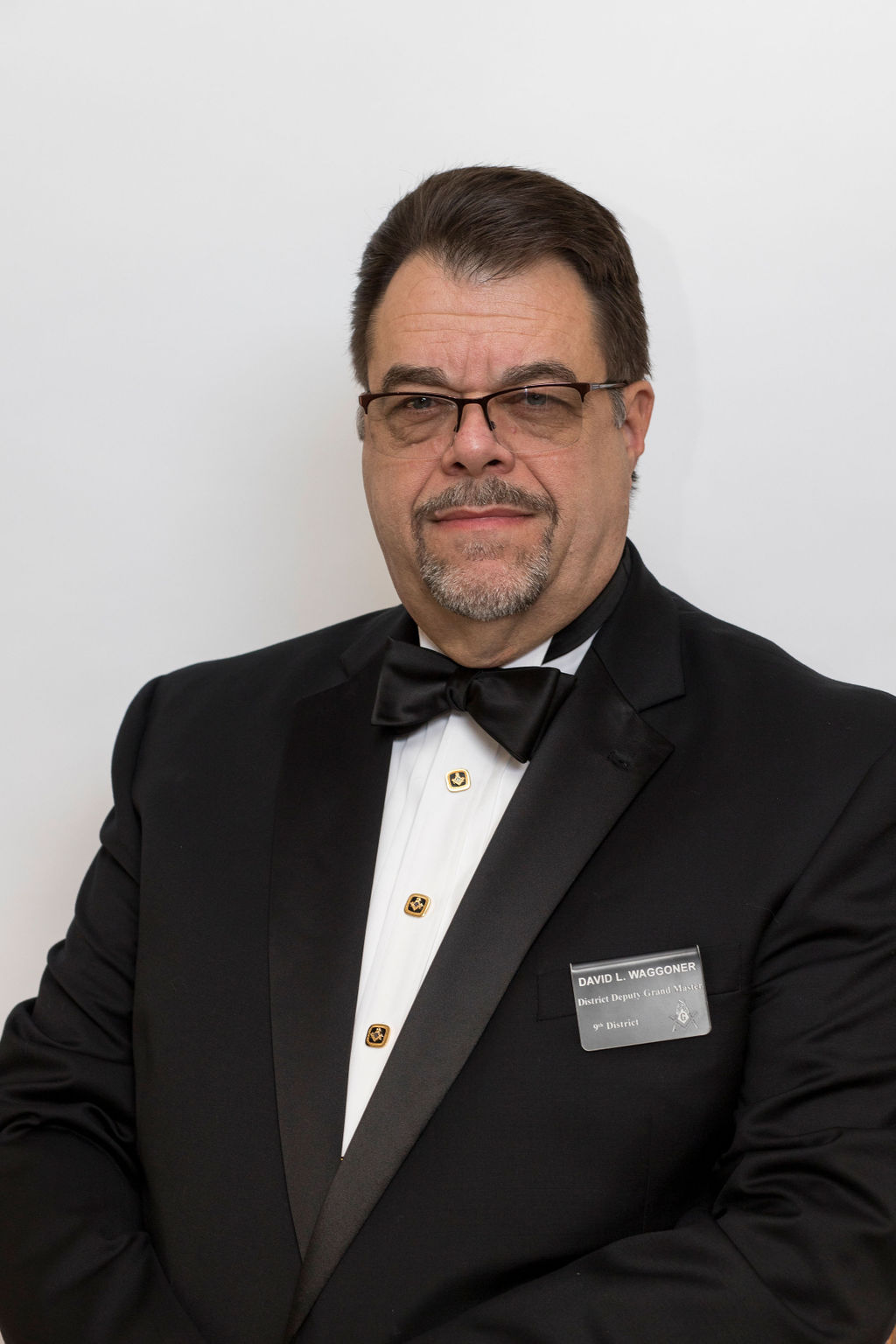 RWB Waggoner was born in Columbus, Ohio on June 21, 1961 to Carol Waggoner (Leistico) and the late Wayne Waggoner.  He was raised in London, Ohio and graduated in 1979 from London High School.  He attended The Ohio State University and Clark State Community College.  Dave started his studies in business management however, later switched to criminal justice.

Beginning in 1981, he was employed by the Madison County Sheriff’s Office until he entered full retirement in 2014 with over 33 years of service.  During this period, he was also a guest instructor for the Ohio Attorney General’s Office at the Ohio Peace Officer’s Training Academy for over 30 years.

Dave married Sue (Yoakum) on December 23, 1991 and has 2 stepdaughters, 3 grandchildren and 2 great grandchildren.  They are members of St. John’s Lutheran Church in London and enjoy traveling and time with their family and friends.

RWB Waggoner is a member of Chandler Lodge #138 where is was Master in 2010.  He was raised to the sublime degree of Master Mason on March 31, 2007.  He is a member of the Ancient Accepted Scottish Rite, Valley of Dayton and served as District Education Officer for the Royal Arch Masons, 6th Capitular District.

RWB Waggoner has served the Grand Lodge of Ohio as District Education Officer from 2015-2017 and District Deputy Grand Master from 2018 – 2020 in the 9th Masonic District.  MWB Rich Dickerscheid appointed RWB Waggoner to be District Advisor in October 23, 2020.

Who has the Gavel?